Will I Build Tolerance To CBD?

Our body is very special. We as a species have survived due to our ability to adapt to almost anything nature throws at us. Whether it is a change in environment, living conditions, or diet, the human body can adapt and overcome its challenges. It is why our body builds up a tolerance to a lot of substances.

An example being Coffee- our body gets used to the stimulation, so over time we need more to get that ‘Good Morning’ buzz. So does that mean that when we take a food supplement like CBD it becomes less effective over time, and we need to take more and more? You may now be asking ‘Will I build a tolerance to CBD? Let’s clear this up for you. 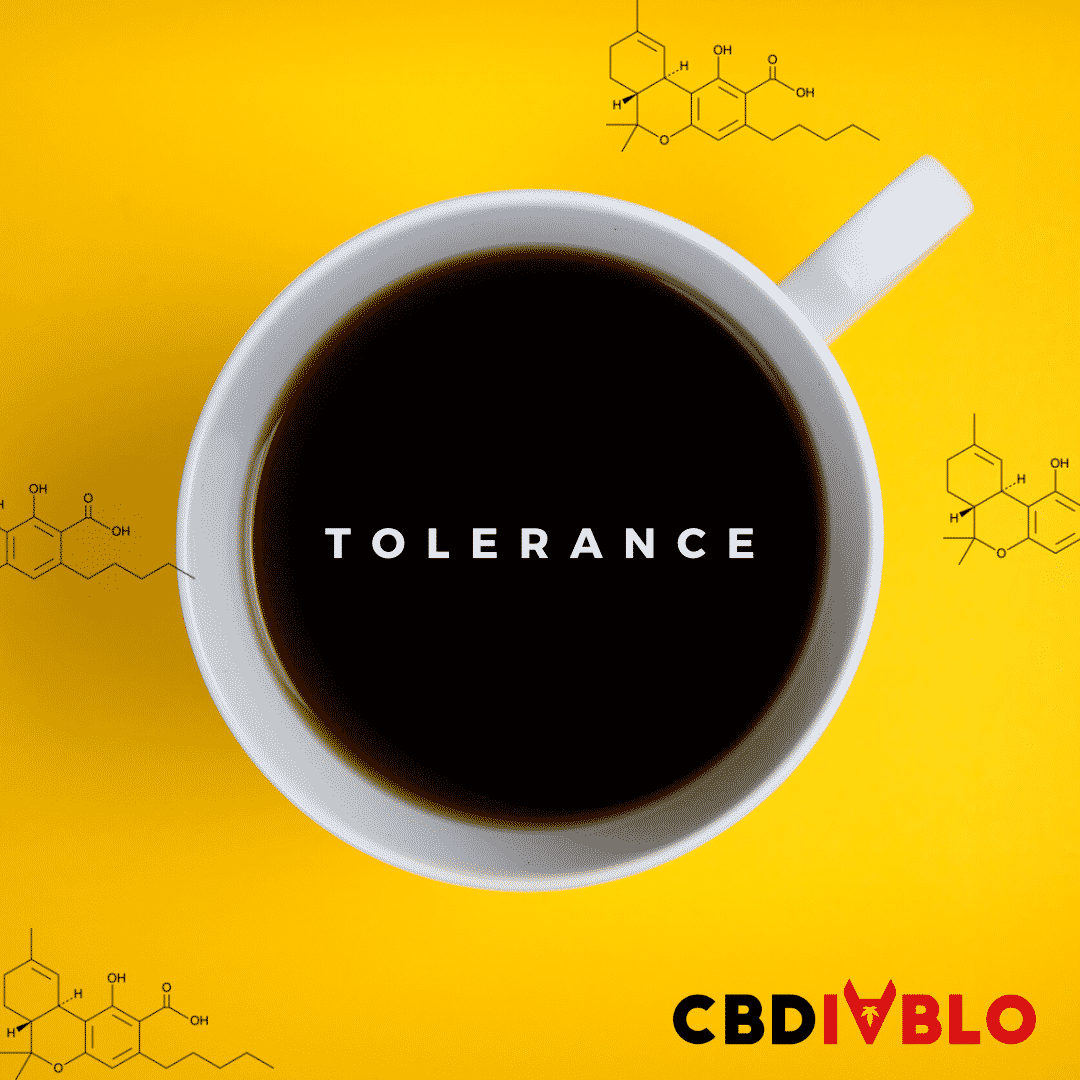 Usually, building a tolerance to a substance is considered a positive thing and all of us experience our body’s ability to adapt every day.

Given how frequently CBD is consumed, it makes sense to assume that the body will react in the same way it does with substances like tea, coffee, or sugar. Factor in the various different ways that CBD can be taken (edibles, tinctures, oils, capsules, and topicals), and it is a perfectly valid concern. However, before we can answer whether the body builds a tolerance to the effects of CBD, we first need to explore how tolerance works.

There are three main categories of Tolerance: Cellular, Metabolic and Behavioral.

Tolerance at a Cellular level suggests that the cells become less responsive to a compound. This is why our body gets used to a stimulant on a biological level- substances like coffee become less effective over extended use.

Finally, behavioral tolerance is more of a psychological tolerance where we become attuned to the disruption a drug causes. For instance, it is very easy to get used to the feeling of intoxication and therefore it does not affect our performance so much. Tolerance can certainly be made up of one, or all of the tolerance levels- and the ability to adapt to a substance varies between person to person.

Cannabinoids are a strange one. It seems as though the two main cannabinoids (THC & CBD) are complete opposites in the way they work in our bodies. For those who are heavy THC users, they start to build up a tolerance to the compound- cellular tolerance and behavioral tolerance are very common with smokers. It is why many people have bad experiences when their tolerance to THC is low. Over time the cannabinoid receptors become almost desensitized and are less willing to bind with the compound.

Strangely, any evidence of CBD tolerance has not been found. There is some evidence to suggest that it accepted the same and can encourage the absorption of other cannabinoids. Although there is still a lot of research that needs to be completely, and there are a lot of variables that haven’t been taken into account, for now, it seems as though the body does not build a tolerance to CBD. Which is great because once you have found your sweet spot, you can keep that does steady.

It is suggested that the benefits of taking a regular CBD supplement improve over time and the longer that you take the supplement, the more able your body is using the cannabinoids effectively. So if you’re asking the question ‘Will I build CBD Tolerance?’- the answer right now is, no, quite the opposite.