There are rumblings in the Cannabis world about a new cannabinoid well-being trend, an exciting Cannabinoid called CBG. In actual fact, this Cannabinoid is not new at all and can be found in almost every true full-spectrum CBD oil or CBD Paste (lots of Cannabinoids & Terpenes) product out there, but it is fairly exciting for us ‘Cannabinoid Geeks’.

The theory is, that CBG will explode in popularity in the same way as CBD has… and after posting a couple of probing questions on Reddit CBG seems very popular.

So, what is CBG? What does it do, and where can it be found!?

Before we can delve into the specifics of the compound, it is very important to understand the Endocannabinoid System (ECS). The ECS in short, is a network of receptors that are woven throughout our body and interact with Cannabinoids; those we create inside our bodies (Endocannabinoids) and those from plants (Phytocannabinoids). The ECS plays a vital role in our bodies ability to achieve Homeostasis; this is the process of bodily self-regulation, where biological systems maintain internal stability and adjust to deal with external conditions to ensure optimum survival.

The ECS is part of our body’s ability to ensure balance and function properly. Cannabinoids (like CBD, CBDa, THC, CBC & 108 more) attach themselves to cannabinoid receptors!

It is always essential that you have an understanding of the ECS before learning about CBG. We all have an ECS and it is this network of receptors that unlocks our well-being potential. If CBG is to become the next CBD, it will undoubtedly be followed by some degree of misinformation and exaggeration, so it is important that you know the internal systems that CBG operates with.

What is the Difference Between CBD & CBG?

So, what is CBG? Cannabigerol, like CBD (Cannabidiol), is a Phytocannabinoid which means that it comes from a plant; mainly the Cannabis family of plants. Much like CBD it is non-psychoactive and has been associated with a plethora of well-being outcomes.

In all fairness, it only makes up a tiny amount of the plant, but it is the precursor for the most abundant Cannabinoids; CBDa, THCa & CBCa. Cannabis produces the raw acid compound CBGa which is broken down (by Synthesis & Decarboxylation) into the other Cannabinoids when exposed to heat and ultra-violet light. So in most cases, CBGa is almost immediately broken down into CBD or THC.

In more recent years, scientists have been experimenting with genetic modification and cross-breeding to create strains that has a naturally high concentration of CBG- along with creating products (like oils) by extracting the CBG from the buds just before the Cannabinoid is synthesised into something else. You can actually start to see dedicated CBG oils &Isolates. 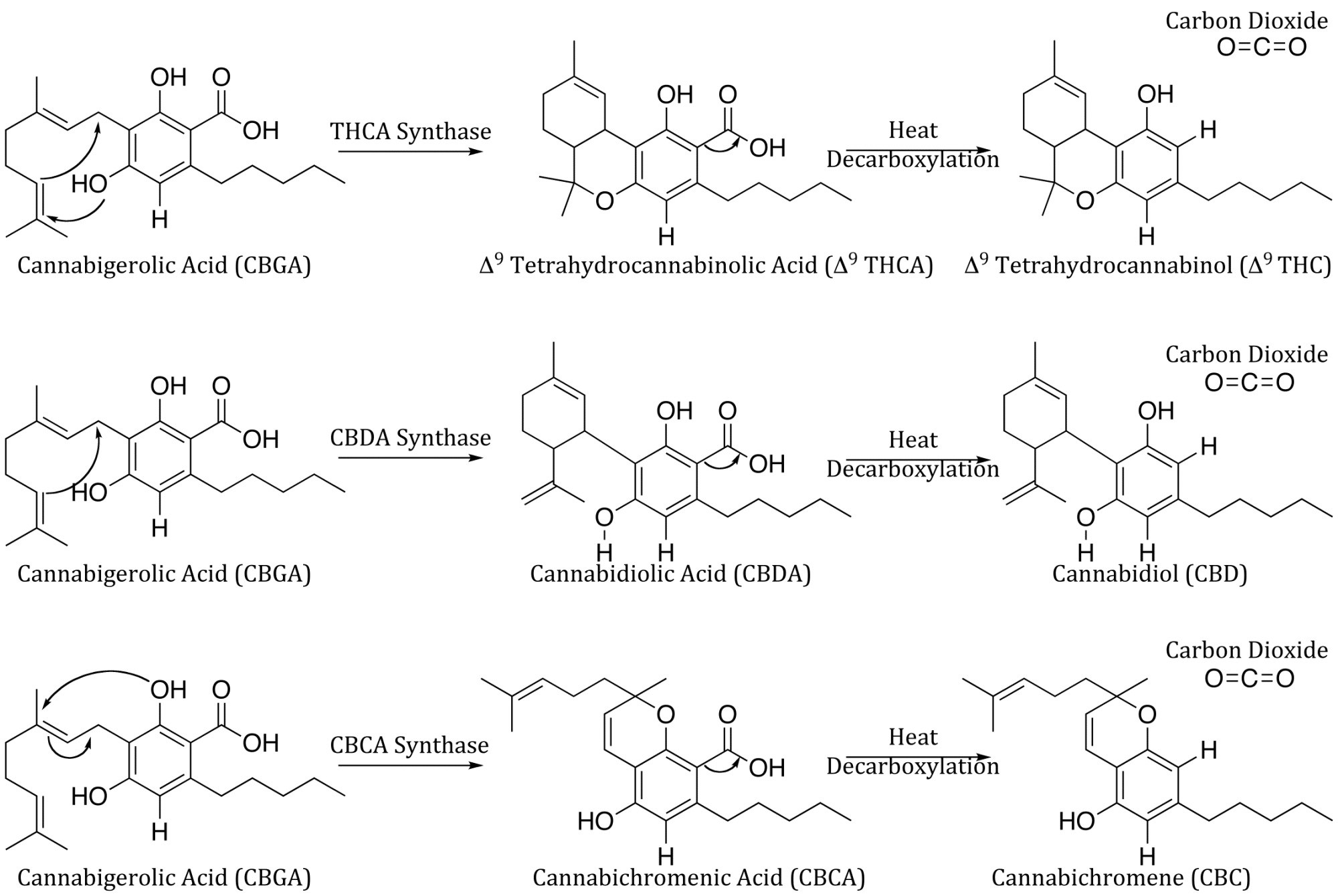 What are the benefits?

Currently, there are clinical trials ongoing to further understand the benefits, and potential of CBG so it is hard to say for certain what the benefits are. Research is in its infancy so we have an exciting wait to understand what CBG/CBGa can do for us.

What we can certainly say is that research has shown that CBG primarily attaches itself to the CB2 (found in most places in the body) receptor of the Endocannabinoid System and appears to be able to block compounds attaching to the CB1 (brain & nervous system so can alter the way we think… THC attaches to this receptor network), and can contribute to our well-being in a similar way as CBD does. It interacts with the Endocannabinoid system to achieve that healthy balance we talked about earlier.

It is certainly well known that CBG is part of the ‘entourage effect‘ which is when multiple cannabinoids regulate and enhance each other. It just means that rather than taking CBD, or CBG as an isolate, it is much more beneficial to enjoy them in the way that nature intended; together!

Where to find it?

Fantastic question, I am glad that you have asked. Please do indulge us in a little section of promotion. You can find this special compoud in plenty of full-spectrum CBD oils as it is becoming an essential cannabinoid alongside CBD. While there are more dedicated products coming out of the woodwork, it is yet to be seen how effective they are.

The formulas for our 500mg & 1000mg oils specifically include CBD, CBDa and CBG, with a trace level of CBC to ensure that they take advantage of the true-entourage effect. Our 1500mg & 2000mg oils have been boosted with CBD & CBG in an MCT Oil base!

Although there is no science backing the inclusion of CBG right now, we know that it is something special! Watch this space!