Terpenes are the unsung hero of CBD products and their impact is often overlooked, or their benefits are attributed to cannabinoids.

Terpenes are a set of non-psychoactive aromatic compounds that are produced naturally within a very wide array of plants and are responsible for the colour and smell of the flowers, spices, herbs and fruits we enjoy (hopefully) every day. Although Cannabis has a bad reputation, Terpenes can be found in some very ordinary items.

Terpenes are used during aromatherapy and can be found in some surprising places: you may already have them growing in your home or garden, sitting in your kitchen, hiding in your soap, aftershave/perfume or in your essential oil collection. Terpenes are the reason why Cannabis has such a distinctive smell, and have the ability to alter the effects of Cannabis and give identifiable characteristics to different strains.

Terpenes can also have an impact on the way the body uses cannabinoids (part of what is called the Entourage Effect), and actually have their own array of well-being benefits: there is lots of research going into the possible benefits of Terpenes which is exciting, to say the least! Trust us when we say there is a palpable difference between a whole plant CBD oil or paste with Terpenes, and one without it.

There are over 100 different Terpenes, but the ones that are most commonly found in nature (and Cannabis) are Myrcene, Caryophyllene, Limonene, Humulene, Ocimene, Caryophyllene and Terpinolene. So, what are terpenes, where can they be found and why are they relevant to CBD oils? 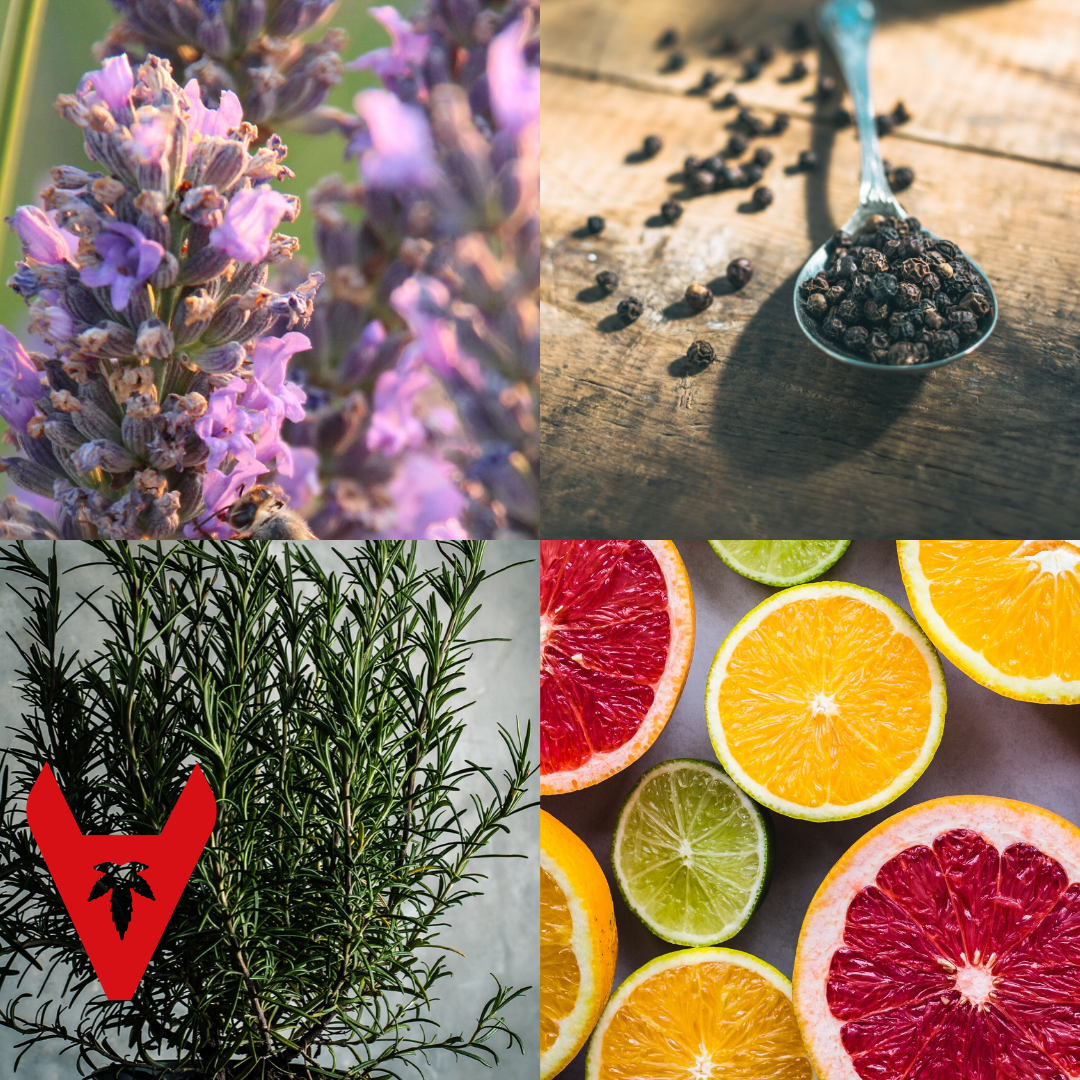 Where Can I find Terpenes UK?

Other than in the natural spices, pines, fruits and whatnot that we have already mentioned in this blog post, you can actually purchase Terpene profiles from specific Cannabis strains online. Usually, they are found in tiny bottles and should be taken with caution- you will find that they are rather expensive.