How do You Become Happy?

For us to be writing about this is already a risk. Whatever your idea of happiness is, is built around everything you have experienced in life. There is, therefore, no blanket answer: to ‘How Do You Become Happy?’.

The idea behind this post is to document something that we ourselves are trying to understand, come to terms with and put into practice in our lives. The purpose of this post is to outline some philosophies and behaviours that we implement in our own lives and thinking.

(If you are reading this and you’re at your wits end – Please, check out CALMzone) 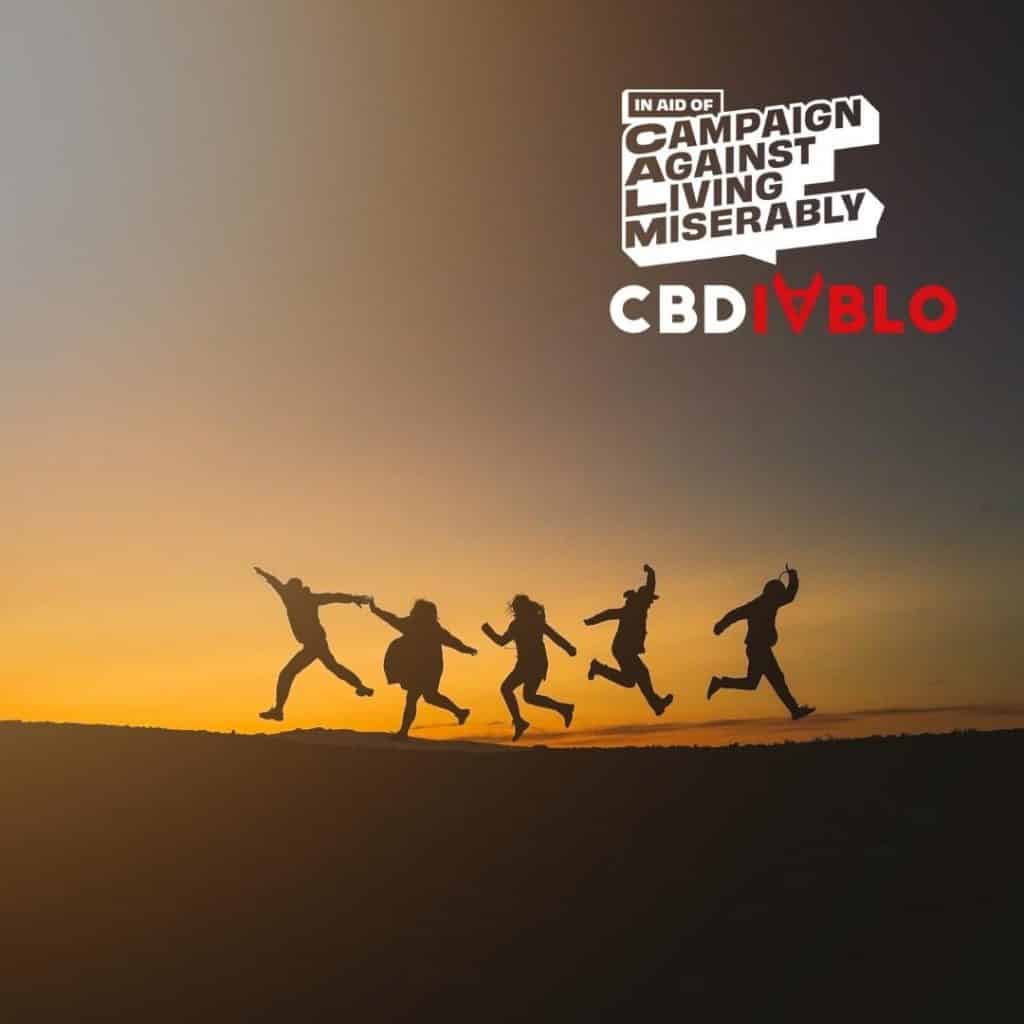 We are avid readers/ listeners to podcasts, books and philosophy of all kinds. Most of the time we have a desire to learn and to listen to what other people consider the ‘secret sauce’ to life. If we’re not talking about CBD in the office, we’re usually talking about interesting ideas.

The first thing that we remind each other is that feeling bad is a part of life. Pain is our brain & body’s way of alerting us to something that may be wrong. We say, Constant happiness is impossible to achieve and can be extremely dangerous to chase.

The formative idea came from a conversation that was inspired by Ryan Holiday’s book ‘The Obstacle is the Way’ which is a modern take on stoic philosophy. The idea is to push into the wind of life and dig deep when it becomes hard; you’ll thank you past self for it in the future.

Although it sounds counterproductive, we realised that by shying away from our challenges (or feeling bad) we are, in fact, hurting our happiness. We all need some kind of suffering to truly appreciate when things are good.

Even one of the ‘happiest men on earth’ Matthieu Ricard has admitted that he is ‘pissed off all the time’. The point is, it is not how you feel, it is how you respond to those feelings.

Mo Gawdat, during is an interview with Steven Bartlett, articulates his way of dealing with challenges with a mental flowchart:

What is happening? – Ask yourself: Is this true? – Where do we go from here \ Do you have ultimately have control of the situation?

There are two ways to look at this: When something bad happens – when you’re feeling a negative emotion.

Mo managed office managers when he worked at Google – they would come to his office and moan about things going on in their work lives. His process was fairly uncompromising.

He would only allow them 10 minutes to vent and get what they want to say off their chest. They could explain the situation in any way they would like.

He would then ask them: is what you’re saying true or your perception of this? Are legal really being difficult? Is there any evidence of them helping you in the past? Is there a reason why you’re facing this issue?

Then he would ask: So, what are we going to do about it? How do we move forward from here?

Ultimately, Mo was simply facilitating an internal dialogue with his managers to enable them to look past the obvious troubles, process the situation with a clear mind and send them back with ideas as to how to resolve the issue. There are two ways to deal with an issue: let it defeat you and lay down, or to rise to the challenge and face the obstacle with positivity. It is pretty clear to see which outcome will be best for all parties involved.

At a moment like this, it gets us thinking back to a time when we suffered a crushing disappointment (we’ve had many). We’d ask ourselves the same questions and it has enabled us to remain positive at the points when it seemed the bleakest.

He goes on to explain that many of us are already fantastic at dealing with situations at work, or in life, but struggle to apply the same three steps when we are in our own minds. It is the human condition to have negative pervasive thoughts – things like ‘I can’t’ – ‘I am a horrible person’ – ‘I am rubbish at this’ – ‘I am failing’.

The process is the same:

How are you feeling? Understand it and where these thoughts are coming from

Interrogate yourself: Is what you think true?

If Yes: So, what are we going to do about it?

If No: Then what are you worrying about?

We often remind each other that these feelings are temporary and will go away, and there are things we can be doing to work past bad times into better times. As the saying goes, sometimes what seems like the hardest thing to do may have the best outcome. If we give in and give up, we will never overcome.

Over the years, both in work and life, we’ve become quite ritualistic. A little bit every day will eventually grow to something much bigger.

The principle is that: anything that is worth anything is worked on, refined, and subsequently earned, through consistency. As is the old saying: ‘Everest is climbed one step after another’.

For us, represents the very meaningful idea that small actions, done consistently with focus and a goal, will pay dividends. We strongly believe that tiny changes every day will lead to a happier life: the first is habits and the second is something called Neuroplasticity.

We believe that consistency is what keeps us positive, motivated and on an even kilter. Since the start of the year, we planned to reduce the amount of alcohol we consume, spend more time being present and think much more carefully about what we do with our time. It was obvious that we couldn’t do all of these things together so we started small and made them habits.

We used to laugh about how the gym used to seem like a nightmare: now, it has become so entrenched in our routines that we now discuss how antsy we feel when we haven’t been (more on this in a second).

A mutual friend of ours set out to limit the time spent on social media: they found that leaving their phone by the front door of the house freed up a couple of hours. Instead, they became much more productive at work, felt they had more time for exercising, cooking reading a book and spending real time with family. One small change made a huge difference.

This topic is so open-ended that it may deserve its own blog post in the future, but for now, we can outline the basics and move on to Neuroplasticity.

In very simple terms this relates to your brain’s ability to ‘modify, change, and adapt both to structure and function… in response to experience’.

Without you knowing it, small habitual routines you do change the way your brain works and alters the way you perceive reality. Not in a ‘you’re going crazy’ kind of way, but you start to instinctively jump to a particular way of thinking if you do it often enough.

On average, we humans spend 150 plus minutes on social media a day; that is 150 minutes of AI algorithms serving us extreme points of view, and encouraging us to become awash with negativity. Our primitive minds are wired to focus on an immediate danger, and when that danger comes in the form of a worrying article or an existential threat, a comment somebody said that is upsetting or that you strongly disagree with, our instincts persuades us to fixate on the negativity long enough for the algorithm to think you want more.

Have you read a worrying news article today? Read through (or participated) in an argument on Twitter/Reddit? Found yourself in a situation that makes you unhappy?

Every time your brain is fed negativity it will adapt itself to accommodate. After so long, your brain will start to look more, and more, for the negative and the world around you suddenly seems like a really horrible place.

Can you see this in yourself? A few of our team have certainly been there and it has taken an almighty effort to get away from it (a holiday without wifi to be exact).

Now, we try to reverse engineer our physiology and replace the negative with something positive, or healthy and meaningful. Things like a mindful moment, some exercise, positive thinking, looking for the good.

At first, it felt weird and hard (like going to the first few gym sessions) but after consistently every day it did make a difference. With the small change of feeding out brains positivity, it was very clear that our minds became better and better and automatically being positive, motivated, active, content and happy.

If there is anything we have learned it is that happiness is about perspective.

There is a train of thought that goes a little bit like this: the more I get, the happier I will be. This could be friends, success (in career or love life), money, acclaim, followers…. whatever. Most of the time, this will lead to a short-lived happiness. A bump of dopamine. Wooohooo!

To your brain, win is a win. There is not an exponential increase in how good something feels, despite it being more converted. There is a cut-off: after a certain point, your happiness does not grow exponentially with your household income. Money can bring happiness, but only to a certain point. It seems as though the depreciation comes from the fact the more you have, the higher, your expectations will become.

Consider a meal at the highest-rated restaurant near you. To a multi-millionaire, who can eat this meal whenever it takes their fancy, it may seem bland, boring and the same old. To somebody who has booked months in advance and saved up for 2 months for the privilege, this may well be the best meal they have ever eaten in their life.

The meal is the same, but the expectations are very different. One person’s pushbike is another person’s private jet. It is a matter of perspective.

If you are reading this (and live in the northern hemisphere), then you are among the 10% luckiest, most affluent humans currently on earth. and potentially within 0.000001% of most affluent humans who have ever lived. Consider that for a second that suicide rates are increasing exponentially.

For many the idea of ‘how can you be rich and unhappy’ is easy to swing by; by ultimately having more stuff, could be making us all more unhappy.

After a long debate, we came to the conclusion that we needed to reassess what makes us happy in life. Yes, shiny things are nice, but are they ultimately fulfilling? We often talk about the things we’re grateful for- and in doing so we encourage the old brain to focus on the positives.

Our happiness comes from the fact that we have a fun and enjoyable work life, a personal life with variety and big families (many kids to see at Christmas). We often say to each other: yes, while things aren’t always perfect – could they be worse?  Is there something we can do about it? In what ways are we lucky?

It can be a struggle, but when we feel ourselves getting worked up we make a big effort to refocus and bring our conversation to things that are going well, and things we are grateful for.