The journey that we have been on with CBDiablo has been, at times, wild. Behind the scenes, we have worked extremely hard to build a brand in an industry that is specifically difficult to navigate.

One of our dreams has been to sponsor a sports team – particularly a rugby team. Rugby is a sport both of us follow and we regularly watch family members play on an international level. It has also become very clear that CBD can play a huge role in a player’s performance – and mental health is a critical issue within the Rugby community. Everything here is something we both live and breathe.

It, therefore, comes as no surprise that we are both genuinely delighted to be the main sponsor for the Edinburgh Eagles Rugby League Club. We are extremely proud to be associated with the team and we’re genuinely invested in the team’s success. Our ethos and that of the team, align perfectly.

Our initial sponsorship is for two seasons, however, we have already started to put plans in place to ensure the longevity of the partnership. More on that in a second… 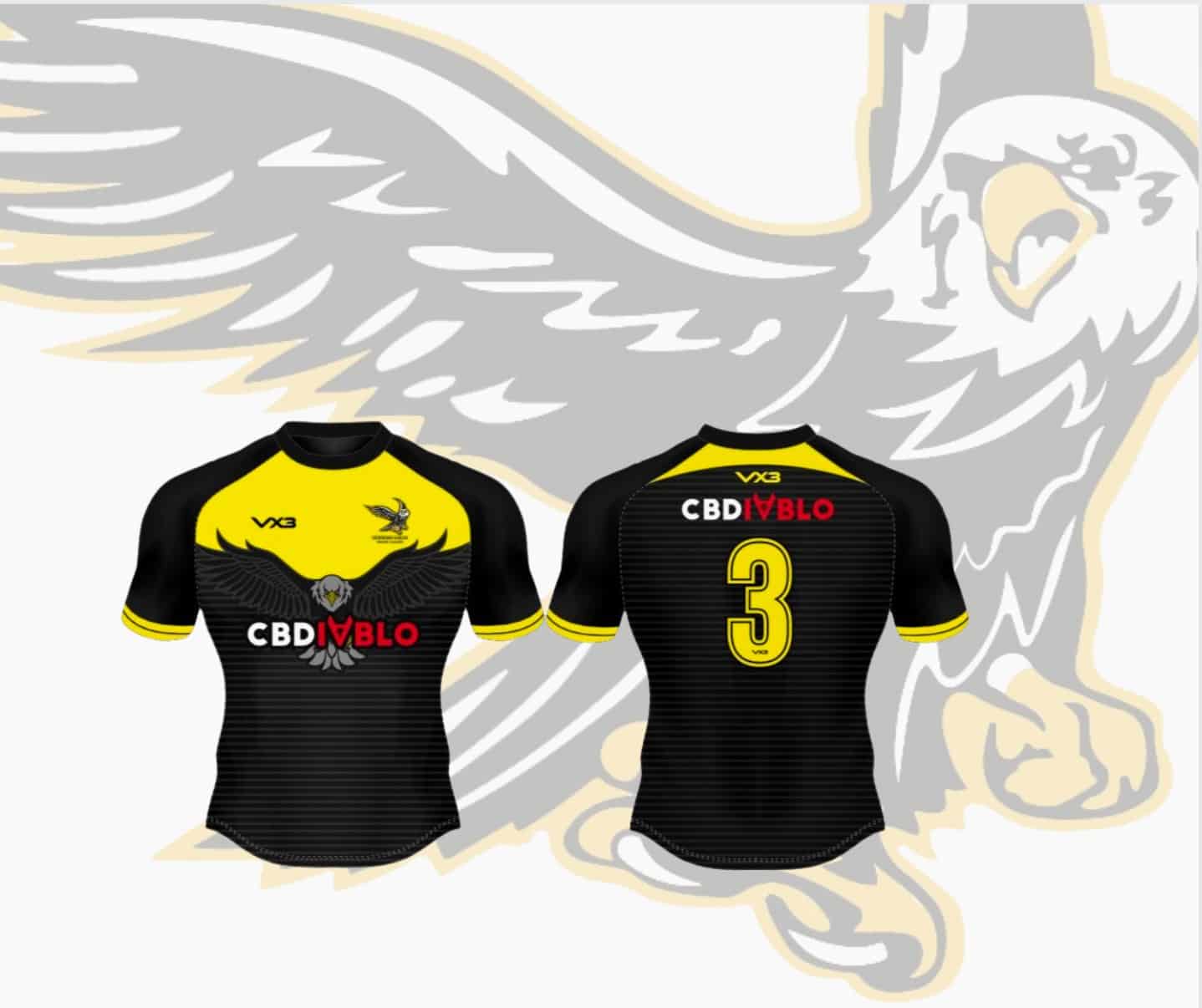 More About the Edinburgh Eagles

Edinburgh Eagles is Scotland’s premier community Rugby League club with a record 11 league titles in the SRL and most recently enjoying success in the NERL being crowned champions in 2019.

The club was founded in 1998 and has built up a great reputation based on hard work and playing in the spirit of the sport.

Having developed over 15 players who have gone on to represent their country the club embarks on a new era from 2022 laying down ambitious plans for growth over the next five years.

The club is based out of the prestigious Royal High School where they currently train and play all of their home fixtures. 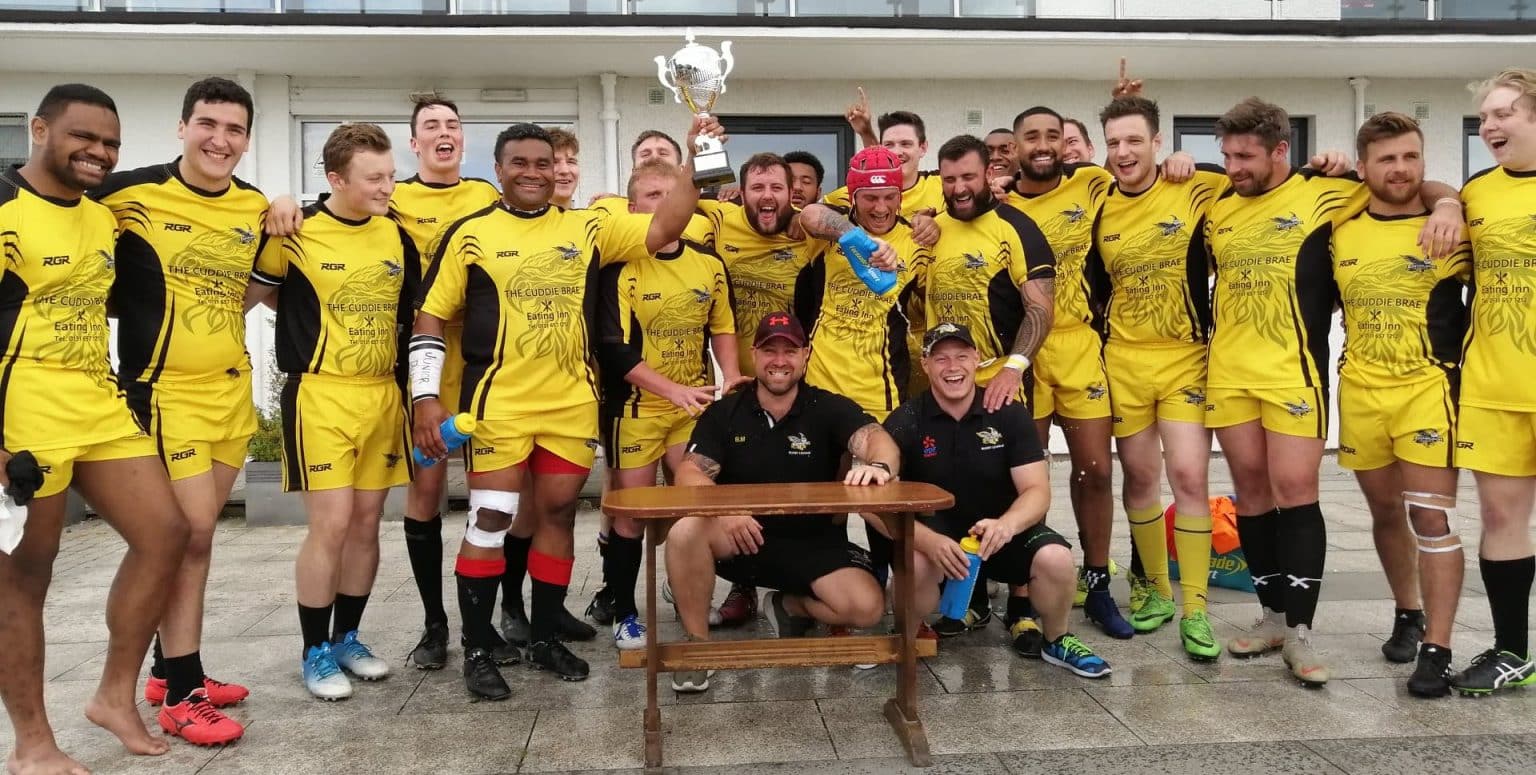 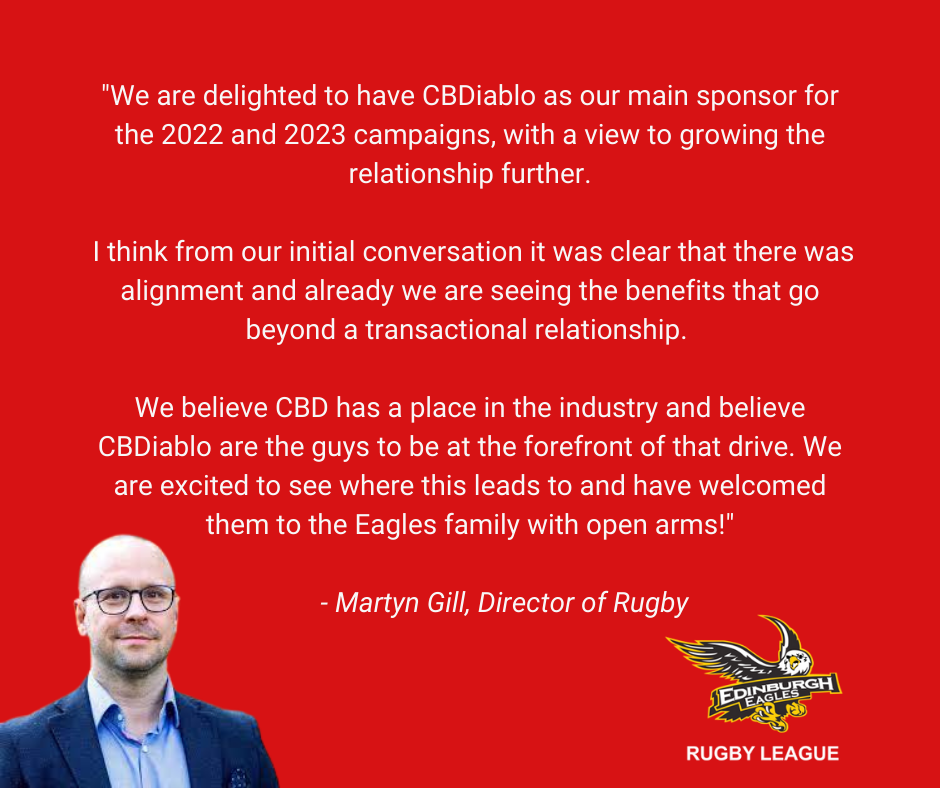 Martyn Gill, the new Director of Rugby at the club, had this to say about our partnership:

“We are delighted to have CBDiablo as our main sponsor for the 2022 and 2023 campaigns, with a view to growing the relationship further. I think from our initial conversation it was clear that there was alignment and already we are seeing the benefits that go beyond a transactional relationship. We believe CBD has a place in the industry and believe CBDiablo are the guys to be at the forefront of that drive. We are excited to see where this leads to and have welcomed them to the Eagles family with open arms!”

We’re delighted also and have found Martyn excellent to work with so far.

Moving Forward with the Edinburgh Eagles

For us, this is a little more than a promotion. We are heavily invested in Rugby in our personal lives so we are thrilled to be able to support a local team. Our aims are to support the Edinburgh Eagles in their pursuit of continued domination and to reach new heights.

In the coming months and years, we will be working closely with the staff & team to develop a plan of action.

Our mission to support CALM is fundamental to why we get up every morning.

We are extremely passionate about the work the charity does, and we have personal experience of the benefits of such an organisation.

Sporting clubs are on the frontline of making life easier for those struggling; they offer community, discipline and recreation. Rugby clubs have always been tight-knit group that supports each other through the thickest of troubles. The cold, muddy hardship of a rugby match encourages a kind of ‘sibling-hood’ among the players.

We will be working very closely with the Edinburgh Eagles in their own support for CALM and mental health. We plan to work together on events which are dedicated to raising money for suicide prevention.

We are already in the process of developing a range of products that are designed specifically for sports – with Rugby and other high intensity and impact sports in mind.

Our range will include:

We will be developing a range of products designed for sports with the team and hopefully, we can provide some assistance to their continued domination.